Just east and north of down town Red Deer you will find Kerry Wood Nature Center and just south of that is my office.  Week Twelve’s theme was black and white.  Everywhere I looked there was white, white and more white, but do you think  could find black, not so much. However, I love editing, and changing photos to black and white is probably one of the easiest edits to do, at least now.  While I was training a new supervisor I noticed movement outside my office window. Now as cars drive by my office window to park at the school or for our office, this isn’t unusually, but this movement was loping.  So I did a double take and saw a huge moose outside.  In the middle of the city there was a 6 and ½ foot moose!!
This is actually less unusually then one might think since Red Deer is very much a parks city and the river is a natural 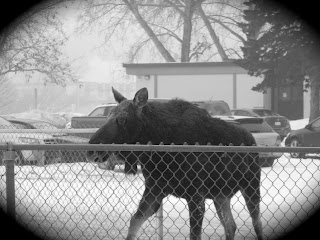 travel route for many animals, but I had never been that close to a moose before so I took a couple shots and one of them I edited to black and white and that was my picture.

Popular posts from this blog

April 05, 2016
Ok for the month of April I am going to be doing Tuesday Truths.  This is where I will take one question that I would want to know from other people and answer it truthfully for myself.  These won't be those get to know you questions of a first date, but they will touch on topics that can be a bit touchy and may reveal to some people my thoughts and deep beliefs that they didn't know.

So the four questions I am going to answer are these:

So let's get started with one of the easier questions!!

Are you a spiritual person?

I am a spiritual person, I am also a religious person.

I was baptized, and confirmed Roman Catholic.  I believe in the teachings of Jesus, but not all the doctrine of the Church.  So this is a very convoluted topic for me. So I will start with where I …
Read more 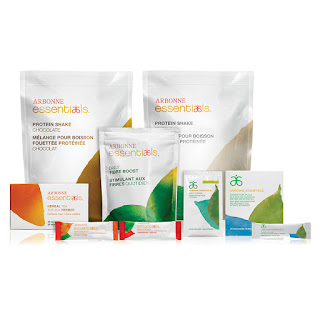 I am going to be using the Arbonne 30 Day Healthy Living System to kick start my new year.  This means cutting down the refined sugar, the simple carbs, the salty snacks and all that liquor, ok liquor, I don't really drink that much so really, that's not a huge problem.

The 30 Day Challenge is a way to reset your life by using the Arbonne Essentials System of Protein Shakes, Detox Tea, Greens Balance and more to help you make healthy choices without going into the full purge that some detox systems have you do.  It's about eating whole foods, real foods, and being mostly plant based.  It asks you to give up caffeine (this will be the hardest part), liquor, sugar, simple carbs and such and drink more water, eat more veggies and take in proper nutrition.

November 06, 2009
OK so I am not a big news watcher.... not even a little bit, but my mom, well she watches the news and always feels the need to share weird stories with me. Most of the time these stories are humourous, but sometimes they are a little disturbing. So I feel the need to share this outrageous story with you guys... I do not know what some people are thinking sometimes they just seem absolutely crazy.

So apparently some guy was sentenced in the states to three years in prison. Three years in prison for having... wait for it... sex with a HORSE!!! Not just once but he was caught doing it twice. The lady who owned the horse thought he was doing it, caught him, he was charged, and she figured he was still doing it so she set up a video recorder and caught him on video doing it AGAIN!!!! What the heck is wrong with people!?!?!?!?!

Yes so a word to the wise you can go to jail for beastiality..... especially if the beast you are fornicating with is not your own. Seriously, it is just disgus…
Read more

Jenn L
A mother of three, I love to try new things and I am always on the look out for new recipes, new experiences and new activities to try!!! If you have suggestions I would love to hear about them.